OK...enough moping about. Let's have some fun. Halloween is coming and though I am not one who is likely to put costumes on the dogs (nor would Sheila be a dog who would let me!), I gave some thought as to what I might dress them as, if I were that kind of person. This is prompted by the announcement that there is going to be a costume parade at the dog park
How about this for the two of them together? 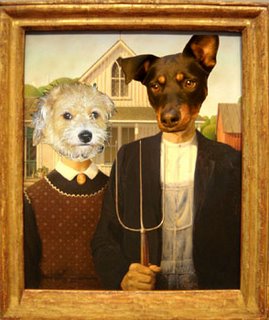 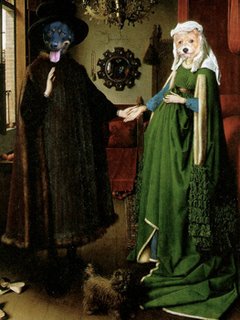 Or perhaps better some individual costumes. How about Royalty? 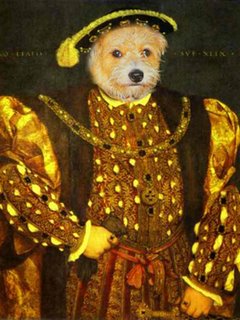 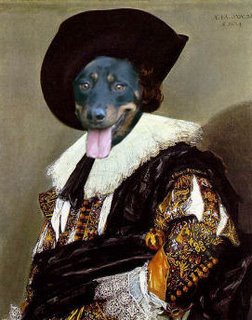 Or the "Old Masters" 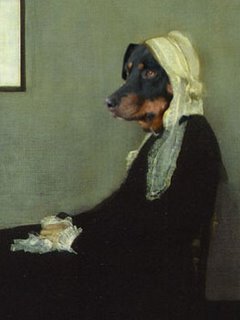 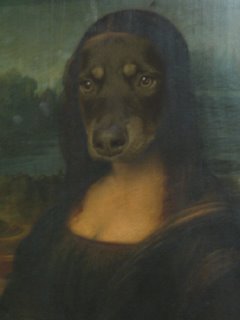 And of course there's always: 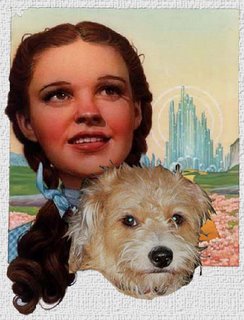 It's probably a good thing I don't do costumed dogs at Halloween or at any other time!
Posted by Bev Sykes at 6:48 AM

LOL! These are so funny! Great Photoshop work!

Reminds me of the stuff William Wegman does.

BEV - love what you did with Photo shop and the dogs...great!!